During this Sri Lanka tour Package, we will be sight-seeing areas in the following destinations: Anuradhapura, Mihintale, Polonnaruwa, Sigiriya, Kandy, Peradeniya, Ella, Thissamaharama, Mirissa, and Galle.The guests will be provided with good quality, air conditioned, and comfortable vehicles with a driver-guide to help with your Sri Lanka tour Package. All vehicles will have baby seats available if needed. We provide this Sri Lanka tour Package hotel accommodations for 11 Nights in good quality hotels varying from Economy / Budget hotels to Standard Hotels to Luxury Hotels. The charges will change depending on your selection.

Day 01 & 02: Anuradhapura
We will pick you up from the Bandaranayke International Airport and drive to Anuradhapura. You will spend two nights at a hotel in Anuradhapura. You have the option to select what quality hotel you want to stay (Budget Hotel, Standard Hotel or Luxury Hotel).

Anuradhapura is one of the ancient capitals of Sri Lanka, famous for its well-preserved ruins of an ancient Sri Lankan civilization. The city, now a UNESCO World Heritage Site, was the centre of Theravada Buddhism for many centuries. This city is known as the home of an offspring of the Bo tree where the Buddha found enlightenment.

The next day you will visit main sites in Anuradhapura such as Ruwanwelisaya, Thuparamaya, and Lovamahapaya (between Ruwanvaliseya and Sri Maha Bodiya). In the evening you will visit Mihintale, which is a mountain peak near Anuradhapura in Sri Lanka. It is believed by Sri Lankans to be the site of a meeting between the Buddhist monk Mahinda and King Devanampiyatissa which inaugurated the presence of Buddhism in Sri Lanka.

Dinner and Overnight stay at Hotel in Anuradhapura
Day 03: Polonnaruwa
After breakfast you will go to Polonnaruwa and sight see there.

Polonnaruwa is the second most ancient of Sri Lanka’s kingdoms. The ancient city of Polonnaruwa remains one of the best planned archaeological relic cities in the country, standing testimony to the discipline and greatness of the Kingdom’s first rulers and has been declared a World Heritage site by UNESCO. You will spend the night here.

Dinner and Overnight stay at Hotel in Polonnaruwa
Day 04: Polonnaruwa - Minnariya National Park
After breakfast, you will visit the Polonnaruwa Archaeological sites (including Vatadage, NIssanka Lata, and Mandapaya etc.).

In the evening you will enjoy a jeep safari at Minneriya National Park. Minneriya National Park is a national park in North Central Province of Sri Lanka. The reason for declaring the area as national park is to protect the catchment of Minneriya tank and the wildlife of the surrounding area. Large numbers of Sri Lankan elephants are attracted to grass fields on the edges of the reservoir during the dry season. Elephants gathered here is numbering around 150-200, sometimes 700. Then travel to Sigiriya where you will spend the night at a hotel there.

Dinner and Overnight stay at Hotel in Sigiriya
Day 05: Sigiriya
After breakfast you will climb the Sigiriya rock fortress, one of Sri Lanka’s most fascinating UNESCO world heritage sites. No matter how often you climb to the summit of this one-time hilltop fortress of the maverick Sinhalese king, Kassapa, the pleasure barely diminishes because of the abandon spectacular views at the summit.

Sigiriya is the most exquisite example of ancient Sri Lankan art, architecture and landscaping. Built over 1,600 years ago, the now sinister-looking 600 ft high black rock once appeared like a massive dazzling white cloud floating above the surrounding forests. Its sides were painted with beautiful frescoes of semi-naked nymphs. A large gatehouse in the form of a lion guarded the entrance to the innermost sanctum of the city – the Sky Palace on top of the rock. Sigiriya burst briefly into pre-eminence and was then abandoned and lay hidden in the forests for nearly 1,500 years. The climb to the top is strenuous but it is worth it. Definitely a must visit site! You will spend the night in hotel in Sigiriya.

Dinner and Overnight stay at Hotel in Sigiriya
Day 06: Dambulla – Mathale – Kandy
After breakfast travel to Kandy another fascinating city of Sri Lanka. En route visit Dambulla cave temple, which contains more than 150 Statues of the Buddha. This was where a king of the 1st Century B.C. took refuge and latter converted them into a monastery. On the way to Kandy stop Hindu Temple (Muthumariamman Temple) and the Spice Garden.

Dambulla one of UNESO World Heritage Site, is the largest and best-preserved cave temple complex in Sri Lanka. The rock towers 160 m over the surrounding plains. There are more than 80 documented caves in the surrounding area. Major attractions are spread over five caves, which contain statues and paintings. There are a total of 153 Buddha statues, three statues of Sri Lankan kings and four statues of gods and goddesses.

In Kandy visit temple of tooth. This temple, the most important one for The Sri Lankan Buddhists was built in the 16th Century A.D, solely for the purpose of housing the tooth relic. Observe the magnificent Architecture of that period and experience the tranquility of the atmosphere. In evening witness a spectacular Sri Lankan cultural show. Overnight stay in Kandy

Dinner and Overnight stay at Hotel in Kandy
Day 07: Kandy City Tour
After breakfast travel to visit Pinnawala elephant orphanage, the foster home of elephants of different age and size feed, bathe, play together and even mate. These great animals have been found injured or left abandoned in the wilderness. Now they even breed in captivity.

And then visit Peradeniya botanical garden, which was a pleasure garden of a Kandyan King of the 16th Century and later made in to a Botanical Garden during the British regime. This garden, one of the best in Asia is a place of beauty and site for bird watchers.

In evening do a city tour in Kandy? Overnight stay in Kandy you will spend the night in the same hotel in Kandy.

Dinner and Overnight stay at Hotel in Kandy
Day 08: Ella Though Nuwara Eliya
You will travel to Ella through Nuwara Eliya. From Nanu Oya you will travel by train to Ella which is one of the most scenic train journeys in the world. This memorable journey commences from Nanuoya; the last royal capital of the country to Ella a peaceful, scenic village in the central highlands of Sri Lanka. You will spend the night at a hotel in Ella.

Dinner and Overnight stay at Hotel in Ella
Day 09: Yala National Park
The next day you will head towards the Thissamaharama (near Yala National Park) for a Safari. This is the second largest national park in Sri Lanka.

Yala National Park is the most visited and second largest national park in Sri Lanka. Yala combines a strict nature reserve with a national park. Divided into 5 blocks, the park has a protected area of nearly 130,000 hectares of land consisting of light forests, scrubs, grasslands, tanks and lagoons. Two blocks are currently opened to the public. The park is best known for its variety of wild animals. It is important for the conservation of Sri Lankan elephants, Sri Lankan leopards and aquatic birds. You will spend the night at a hotel in Thissamaharama.

Dinner and Overnight stay at Hotel in Thissamaharama
Day 10 & 11: Mirissa Beach stay
You will proceed to Mirissa where you will relax in the beach, go on a whale and dolphin watching tour. You will spend two nights at a hotel in Mirissa.

The Whale and Dolphin watching in Mirissa are one of the most thrilling water activities in Sri Lanka. The warm waters around Sri Lanka are ideal to spot blue whales, Bryde´s whales, sperm whales, fin whales, common dolphins, bottlenose dolphins and sometimes killer whales. Spinner dolphins, Risso’s dolphins, and striped dolphin can be seen too. The whale watching season starts in November and ends in April when the waters are warm and calm. Whale watching boats can ideally carry up to 40 passengers at a time with an observation deck. Whale watching tours usually start around 7.00 am as boats leave the harbor around that time and last about 3.5- 4 hours.

Dinner and Overnight stay at Hotel in Mirissa
DAY 12: Galle – (CMB Airport)
You will visit the Galle old town and Meetiyagoda moonstone factory.

Galle is the capital city of the Southern Province of Sri Lanka. Galle reached the height of its development in the 18th century, during the Dutch colonial period. Galle is the best example of a fortified city built by the Portuguese in South and Southeast Asia, showing the interaction between Portuguese architectural styles and native traditions. The city was extensively fortified by the Dutch during the 17th century from 1649 onwards. Old Town of Galle and its Fortifications is a UNESCO world heritage site and is the largest remaining fortress in Asia built by European occupiers.

After this you will be dropped off at the Bandaranaike International Airport / any location you want us to drop off you, concluding the end of the tour.

• 20 % at the time of confirm the Tour. • Balance pay in after arrive to Sri lanka • Customer must pay all bank charges in case of bank transfer

Feel free to reach out and we're happy to answer any questions you may have.

• 20 % at the time of confirm the Tour. • Balance pay in after arrive to Sri lanka • Customer must pay all bank charges in case of bank transfer 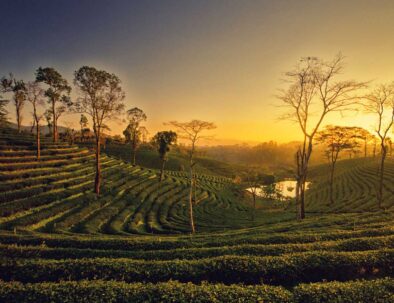